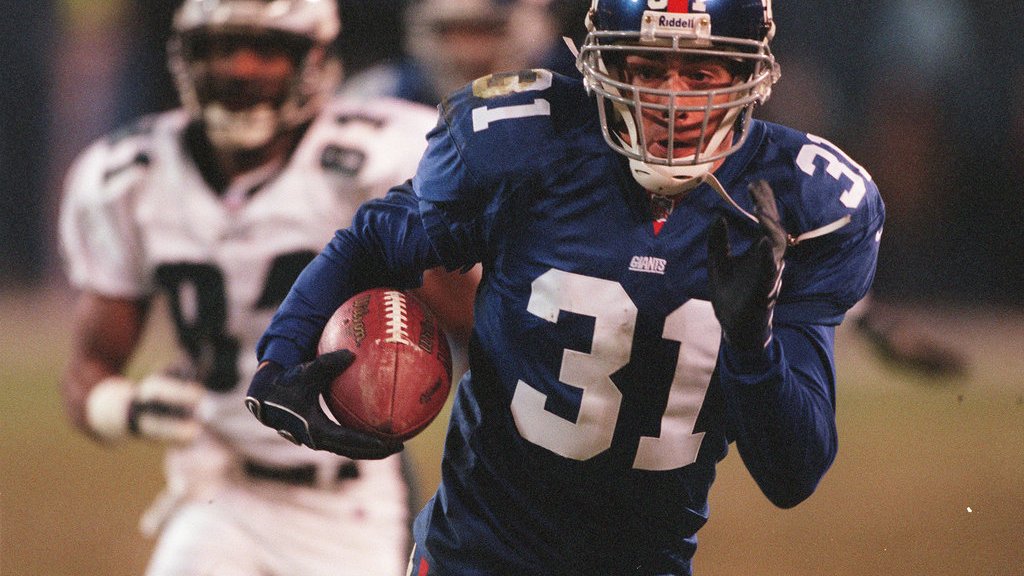 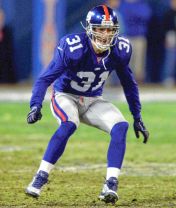 A white cornerback has not started at the position in the NFL since Jason Sehorn in 2003, making this the 17th consecutive NFL season without a starting white cornerback. The last time we even got a glimpse of a white cornerback was Julian Edelman playing some emergency nickel late in the 2011 season.

This phenomenon isn’t only in the NFL. College Football also has a severe lack of white cornerbacks. This upcoming year, there are only two white cornerbacks that will see significant time in the entire FBS. 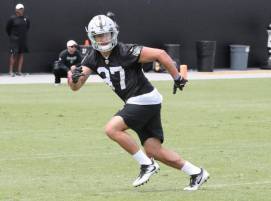 Cioffi started five games at corner during his freshman year at Rutgers and five games during his sophomore year. Going into his junior year, Rutgers decided to ruin everything and switch him to safety. Cioffi went on to start 23 games during his last two seasons finishing his Rutgers career with 168 tackles and 8 interceptions. Cioffi still has a cornerback history so if he makes the team and a few cornerbacks go down, he has the best chance out of anyone to become the first white corner in a very long time. 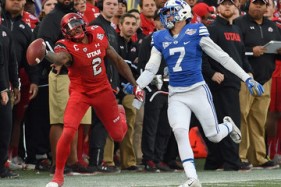 Hannemann started his career at cornerback, but BYU ignored the chance to make history and decided to switch him to safety. He is referred to as one of the fastest guys on the team, but just like Cioffi, he will need to make the switch back to corner in the NFL if he wants to end the streak. Going into his senior year, he has started 25 games and has 3 interceptions. Hannemann is 24 years old as he went on a missionary for two years during his time at BYU. He should get a shot as a late round draft pick or an undrafted free agent in the NFL.

2017 Season Update: Finished his Senior Season with 48 Tackles and 1 INT 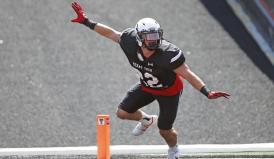 Finally, a player that actually currently plays cornerback. Parker enters his redshirt sophomore year after sitting out a year due to being a transfer student. He spent his freshman year starting at corner for Division III Texas Lutheran. It was there where he played against tough opponents like Sul Ross State and Southwestern Assemblies of God. After earning All-SCAC honors he decided to transfer to Texas Tech. He currently is second on the depth chart at the nickel corner position. 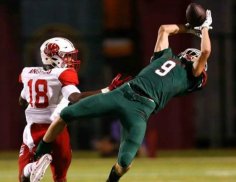 Yes. The fourth best white cornerback in the world is in high school. Bonner is a three-star recruit with ten scholarship offers including Power 5 teams Stanford, Iowa State, Washington State and Northwestern, where he is currently committed. Bonner also runs track and has been timed in the 40-yard dash at 4.55. Let’s hope Northwestern doesn’t ruin the dream by switching him to safety.

2017 Season Update: Decommitted from Northwestern and Committed to Stanford

Chadbourne had led his team in rushing with over 2,300 yards in their 2015 Pennsylvania Class A state champions 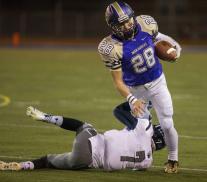 hip season. Going into the 2016 season, the Altoona, Pennsylvania native from Bishop Guilfoyle was offered a walk-on offer from Penn State. The best part? Penn State wanted him as a cornerback! Unfortunately, that summer he tore his ACL. He had 22 offers to play with the only FBS offers being from Temple, Navy and Air Force. Chadbourne ended up committing to Lehigh where he will most likely stay at running back.

2017 Season Update: Moved to Running Back and finished with 5 carries for 15 yards