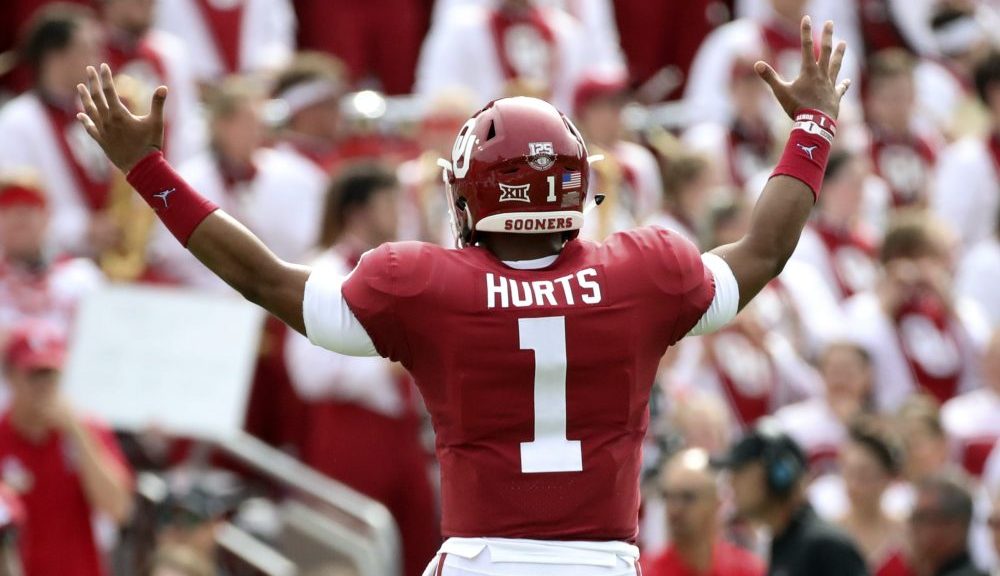 Game Preview: Florida just keeps on winning. There hasn’t been much of a drop off since QB Feleipe Franks was injured, in fact the offense may have gotten better. The Florida defense faces their biggest test with LSU’s new explosive offense. Joe Burrow is no Bo Nix. Look for LSU to win a tight, higher scoring game.

Game Preview: Red River Showdown. Jalen Hurts. Sam Ehlinger. If Texas wants to keep this close the challenge will be stopping Hurts. An underrated factor in this game has been the improved Oklahoma defense. Over the last 4 games the Sooners have not gave up more than 20 points.

I like the Sooners in a closer game…The line is too big for this rivalry game and 75 points is way too many for an Over/Under.

Top Picks of the Week (All Times CST)

How do you trust Miami right now? They are 2-3, lost to a bad Virginia Tech team, and struggled with a bad Central Michigan team. Putting it simply… Miami is bad. Virginia should win this easily.

Oregon just does not blow out average Pac-12 teams. They only beat Stanford and Cal by 15 and 10 points. Colorado should be able to cover.

Texas A&M struggling with Arkansas puts them on fraud alert. Alabama should score a lot of points, but they won’t shut the Aggies out. Alabama wins 45-24.

The Cougars are falling apart. Getting the Sun Devils at home as a 1.5 point favorite is a steal.

Wisconsin can score points. Michigan State’s defense just gave up 31 points to Indiana and will give up around the same to Wisconsin. The Badgers may get the over by themselves. Take the over.

Iowa just lost 10-3 to Michigan. The Hawkeye defense should able to hold Penn State’s offense. Meanwhile, Iowa’s offense is not good. This will be your classic low scoring Big Ten game.