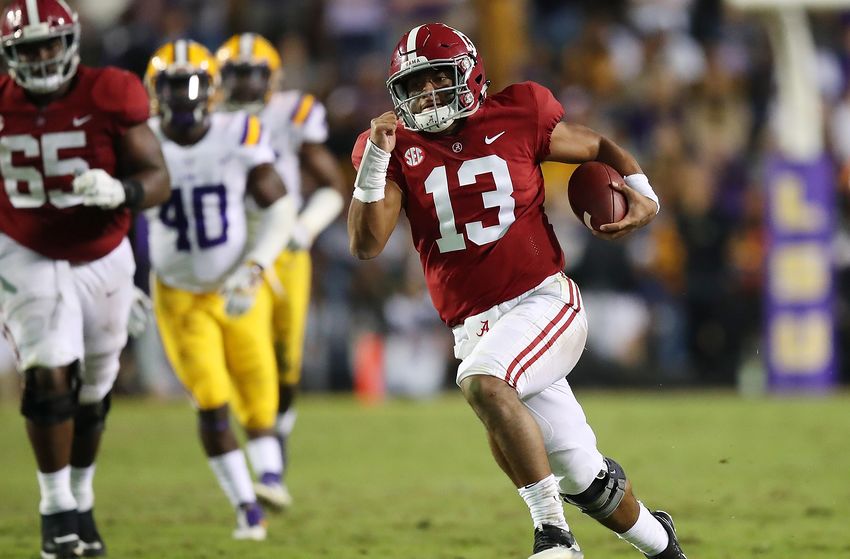 Kirby has been bringing in top three recruiting classes the past few years and this team is loaded with young depth. Jake Fromm is an experienced top 5 QB, D’Andre Swift is a dangerous runner, the offensive line is talented, but their wide receivers are a huge question mark. The defense will be great in the secondary even with losing Deandre Baker, but Georgia needs a pass rusher to step up. Notre Dame in Athens will be an early test.

Florida will be carried by their defense who was ranked top 30 last year and returns seven starters. Felipe Franks also broke out as the Florida finally found a competent QB. Florida returns all their skill players, but the offensive line is a huge concern replacing four starters. Another solid season is probable after last year’s 10-3 year.

Lose Drew Lock off a 8-4 team and replace him with Kelly Bryant. Missouri returns 13 starters and are poised for another solid year. The schedule is an absolute cake walk by SEC standards.

Will Jake Bentley ever be anything but above average? A lot of starters return to the above average offense and the defense looks to be above average too with solid players like T.J. Brunson and Javon Kinlaw. What does all this equal? A slightly above average season.

Year two of Jeremy Pruitt after a 5-7 season should see a slight increase. The eight returning starters on offense will try to improve the 122nd ranked offense. Defensive line is a huge concern especially after losing Emmitt Gooden, but the rest of the defense will be alright. Expect the Vols to finally go bowling.

Kentucky lost just about every premier player they had off last years 10-3 team. This includes their best offensive player and six other starters to the 104th ranked offense. In summary, Kentucky will go back to being Kentucky.

Vanderbilt actually has some solid offensive players with RB Ka’Shawn Vaughn, WR Kalija Lipscomb, and TE Jared Pinkney. However, the defense and offensive line are not at a SEC level. Derek Mason can maybe get this team to 6-6 and bowl bound.

Going to be the most dangerous offense in the country. Alabama has four WRs with blazing speed and a very deep talented offensive line. Throw in Tua and this offense will put up 50 points per game. The defense is good across the board with the only potential issue being inside linebacker. Alabama is going to the playoffs again.

They lose Devin White and Greedy Williams, but with safety Grant Delpit and corner Kristian Fulton in the secondary the defense will be elite again. The offense has Joe Burrow (Bureaux in Cajun) leading as LSU finally has someone who can push it down the field a little bit. 15 returning starters returning off a 10-3 season makes LSU a playoff contender.

Kellen Mond and seven starters return to a top 20 offense. The receivers are studs including Quartney Davis, Jhamon Ausbon, and Kendrick Rogers. The defense is where I question if this team can be a playoff contender. It is full of first time underclassmen starters and replaces a ton of talent on the defensive line. The schedule does them no favors playing at Clemson, at Georgia, at LSU, and Alabama.

I really like Auburn’s roster… outside of the quarterback position. They are forced to start True Freshman Bo Nix which will be trouble come SEC play. Defensively, Auburn will be top 20 with talent in the secondary and upfront. I just don’t trust the quarterback to put this team in SEC championship contention. Think they lose to Oregon the first week also.

Mississippi State replaces way too much on defense for me to consider them a threat in the SEC. They were the top ranked defense last year with Jeffery Simmons and Montez Sweat on the defensive line and Jonathan Abram in the secondary. Only three starters return to that defense. Do I trust Penn State transfer QB Tommy Stevens and the offense to lead this team to 10 wins? No.

I mean they’re going to be better than 2-10 last year. Arkansas has much better options at QB with SMU transfer Ben Hicks and Texas A&M transfer Nick Starkel. The defense returns some quality players including McTelvin Agim and De’Jon Harris. Expect a slight improvement this year and a possible Bowl Game next year.

This is the worst team in the SEC. A 5-7 Ole Miss team last year lost all of their offensive talent to the NFL and their defense continues to be NOT GOOD. All of the big time five star recruits that Hugh Freeze recruited onto Ole Miss are gone. Add in they will be starting a freshman quarterback and you get a really tough year for Ole Miss.