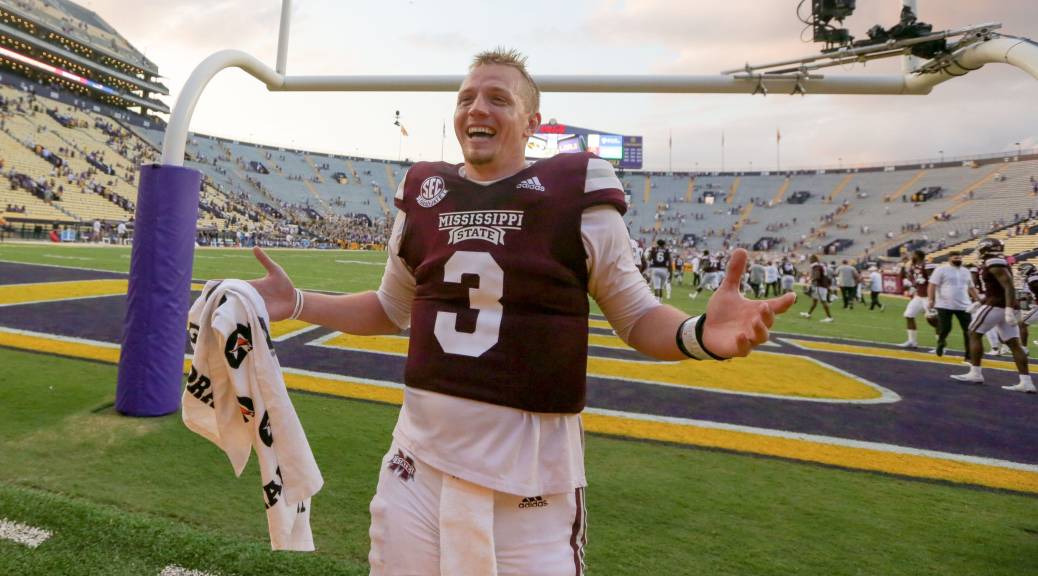 “Hey Pawllllll, long time listener first time emailer. Well we might as well just skip the season and put the Crimson Tide in the Playoffs. Mac “Joker” Jones is the next AJ McCarron! Just guiding the weapons like Najee Harris, Jaylen Waddle, and Devante Smith down the field.

Most importantly Pawl… Bama’s defense is back. The players must’ve been spending too much time at the Waffle House last season because this defense has a different look. Dylan Moses going to lead us back to the promise land Pawl! Roll Tide, I’ll hang up and listen.”

“Hey Pawllll, well the first half against the Dawgs wasn’t bad! Coach Pittman had these boys ready to play. Sure Feleipe Franks isn’t the most “accurate quarterback” but it is better than what we’ve had… Please lord baby Jesus just let us win at least one SEC game this year.”

“Hey Pawlllll, run the ball and play defense. That is what the AUBURN FAMILY DOES. Who cares Bo Nix can’t throw it a country mile. Just throw it up to Seth Williams and good things happen.

By the way Pawll, don’t know if you noticed but our linebackers KJ Britt and Owen Papoe are some studs. We are going to beat those Georgia Bulldogs this weekend, just you wait! I don’t care JT Daniels is eligible to play for the Dawgs. They could have Daniel Jones playing and Auburn is still going to win this football game! War Eagle!”

“Pawllll, if you even think about saying Georgia is the favorite in the East you need to be drug tested! Kyle Trask is the best quarterback in the SEC and our receiving core is legit. Sure the defense let some late points to Lane Train’s Ole Miss. But no need to worry. The Gators have plenty of defensive talent. Easy win coming against South Carolina”

“Pawllll, I don’t know what the big deal is Pawl. Sure the Dawgs started slow, but we still won 37-10 (and covered the spread). Stetson Bennett came in and played great… also JT Daniels is eligible this week. Bo Nix won’t be able to pass on the Dawgs this weekend! Georgia will take care of business against Auburn”

“Pawlll, this is classic big time SEC programs paying off the refs. Kentucky scored at the end of the half, but the refs CHEATED THE CATS out of leading at the half. Other than that, we played great defense and can actually pass the ball this year. Those will be key against those Ole Miss Bears/Rebels/Landsharks.”

“Pawlll, I was told Myles Brennan was Joe Burrow with a stronger arm. I was told there’d be no drop off. I was told LSU’s past great recruiting classes would take care of business. But instead I’m looking at a LSU Tiger team I can’t trust Pawl. I don’t know what Myles Brennan or the defense was doing on Saturday, but that isn’t my Tigers. We will figure it out against Vanderbilt (I hope). Geaux Tigers”

“Pawlll, how did we get stuck with Bama? Why couldn’t we play Central Arkansas? Anyways Shawn Robinson wasn’t bad! He looked competent at quarterback. Also Nick Bolton: absolute stud on defense. I think we can go to Tennessee and pull the upset this weekend!”

“PAWWLLLLLL, HOW BOUT STATE THIS WEEKEND! Mike Leach and the Air Raid are ready to take over the SEC. Hopefully defenses press just like Bo Pelini and LSU all year. The Pirate is going to catch teams by surprise that do not respect them. MISSISSIPPI STATE IS A TOP TEN TEAM THIS YEAR! COSTELLO FOR HEISMAN!”

“PAWLLLL, LANE TRAIN! EXCITING OFFENSE! Sure we didn’t win, but it is the step in the right direction. Matt Corrall is a top five quarterback in the SEC and will show it against Kentucky. ARE YOU READY???”

“Pawlll, we should’ve dominated that game against South Carolina! We have a great defense, but classic Guarantano… still don’t trust him at quarterback! This team should be competing for the East, but instead are held back by this quarterback. Hoping for an improvement and a blowout win against Missouri this weekend!”

“Pawlll… Kellen Mond is still Kellen Mond. Not a lot to say after that terrible start against Vanderbilt. Oh well, gig’em, a win is a win. Let’s keep the Bama game within two touchdowns.”

“Mr. Paul Finebaum. I must be honest with you that I was not expecting much excellence from my Vanderbilt Commodores. But we showed resilience competing with the Texas A&M Aggies especially with a true freshman quarterback Ken Seales. Hopefully we will continue to demonstrate the same competitive football spirit against the LSU Tigers this upcoming Saturday. Looking forward to the football match”